Currently available for touring in the UK and internationally in 2022, for both indoor and outdoor venues

Winner of the Stage Edinburgh Award for Acting Excellence

★★★★★
“Magnificent production… with an outstanding performance”

Created with permission from the Dario Fo Estate.

The production, an adaptation of Dario Fo’s seminal solo play, opened in Edinburgh in 2018, selling out its four-week run and winning The Stage Award for Best Performance for Julian Spooner. Re-imagining the central character as a Deliveroo worker at the heart of the gig economy gave the piece a new topicality, something that has only been underlined this year as the pandemic has highlighted the vast economic inequalities that exist in Britain.

Critically acclaimed, the production toured the UK and internationally at the small scale in 2018 and 2019 and remains very much in demand. As a result of the pandemic, it has now been adapted to work in outdoor as well as indoor spaces. This seems particularly apt, since this was often where Dario Fo himself performed it: in town squares, in car factories, in football stadiums...

A travelling storyteller, another employee of the gig economy, rushes from his last delivery of the day to recount ancient tales of Jesus and his life... however these versions aren't like any you've heard before. Darkly comic, sometimes tragic and always subversive, MISTERO BUFFO takes aim at those who manipulate truth and belief for power and control.

Winner of the Stage Edinburgh Award for Acting Excellence

★★★★★
“Magnificent production… with an outstanding performance” 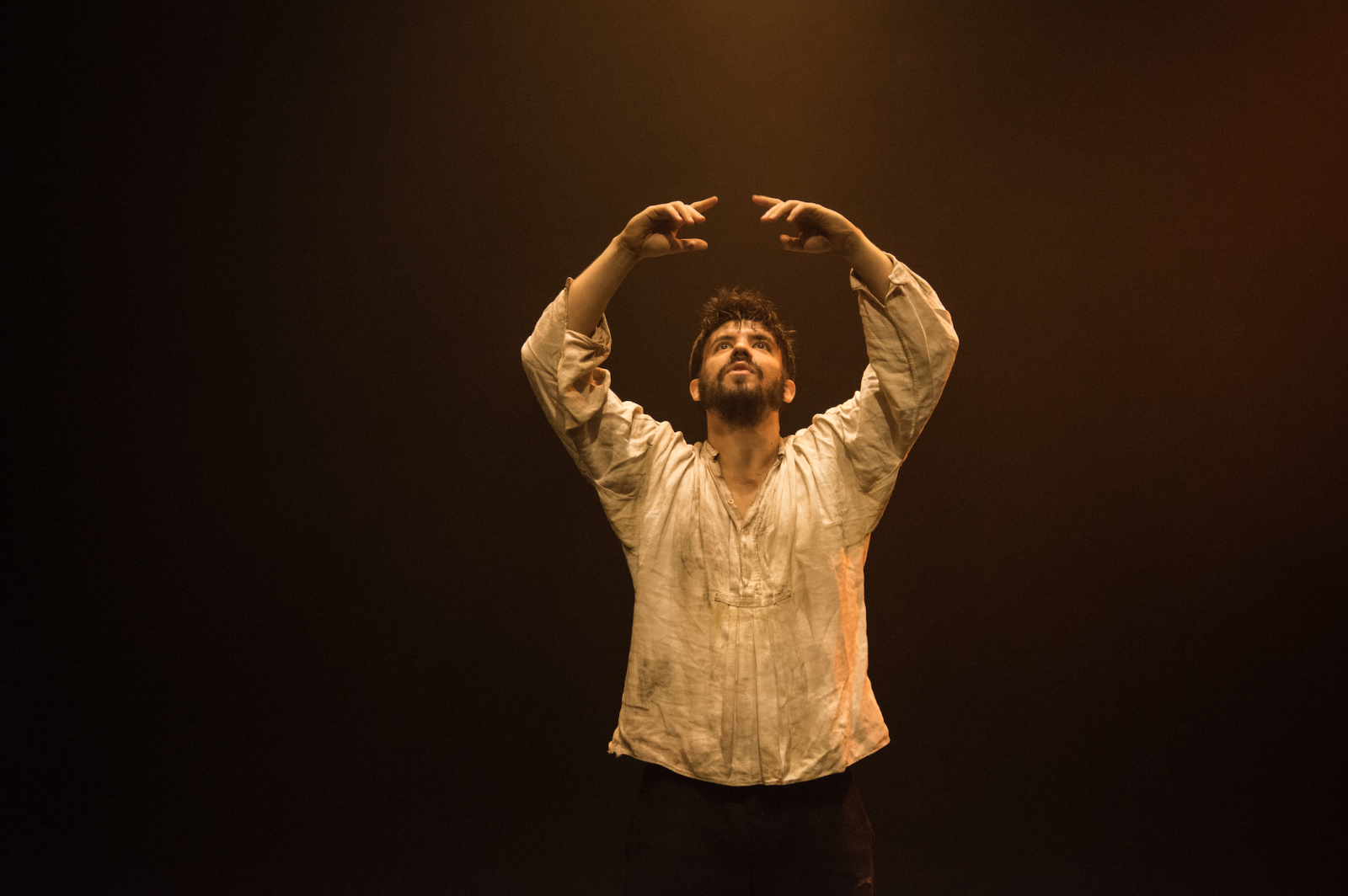 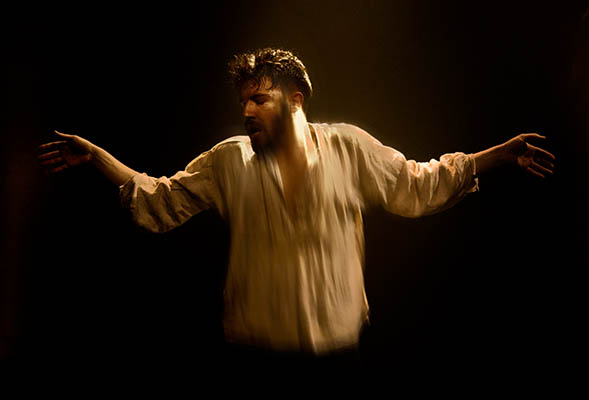 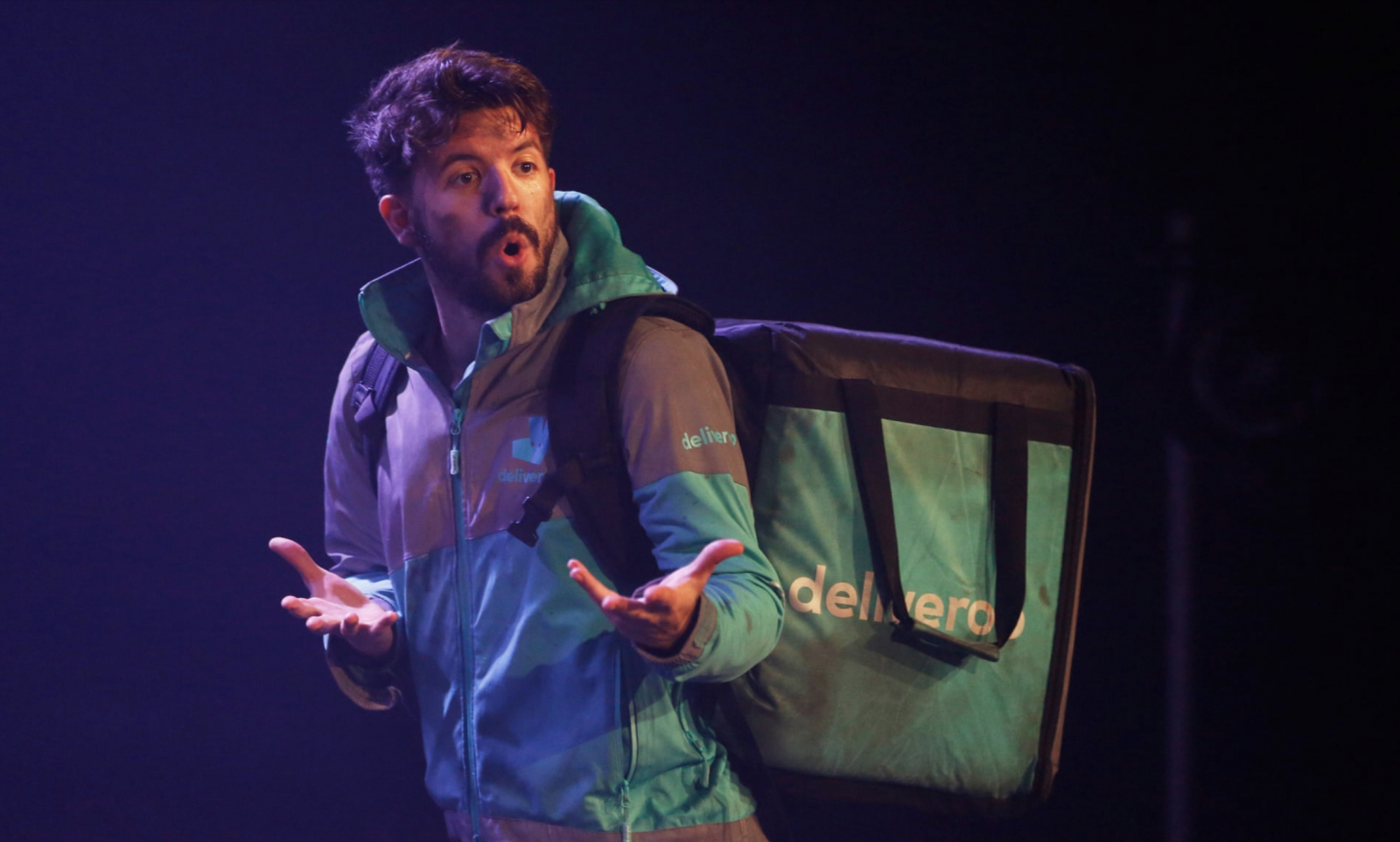 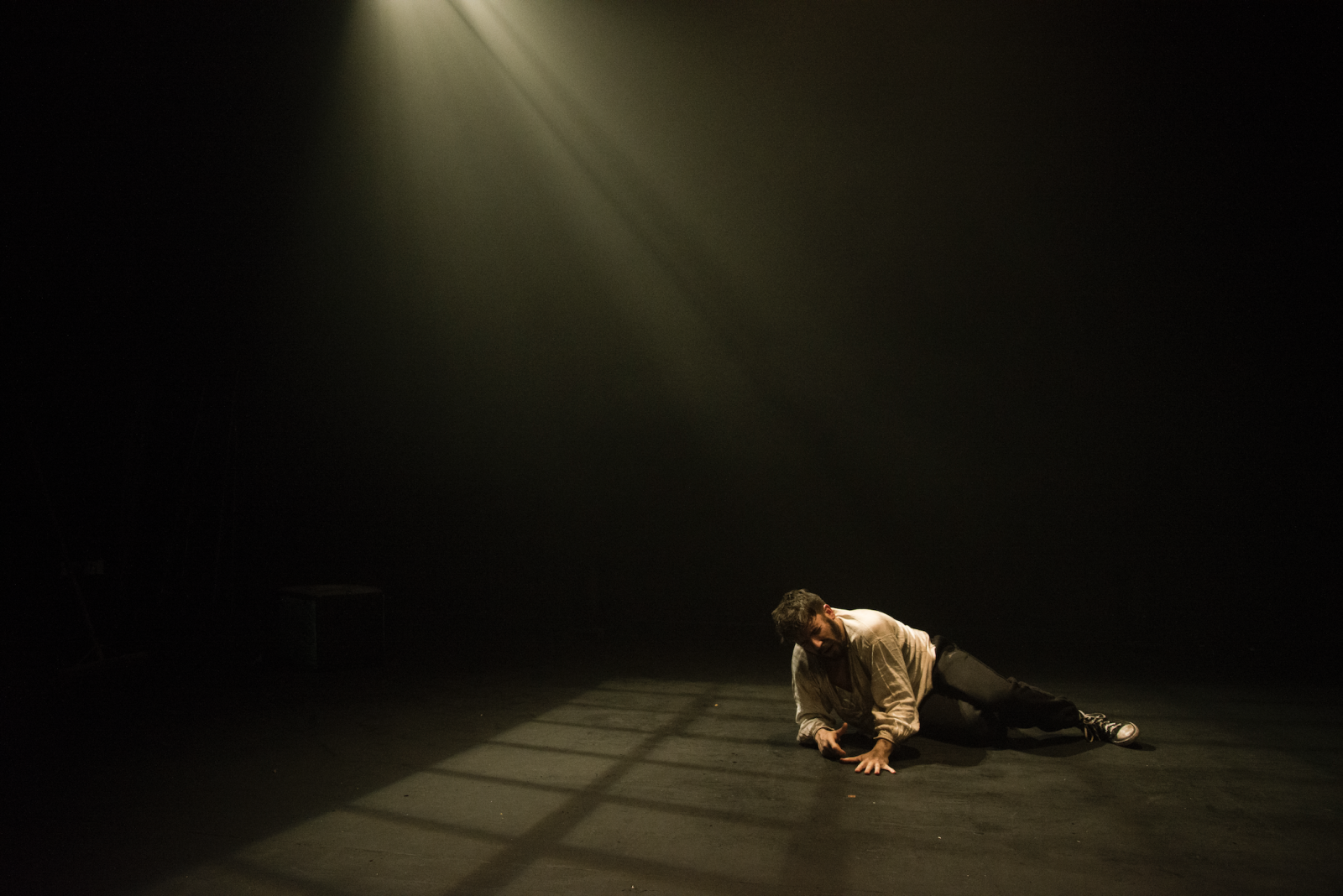 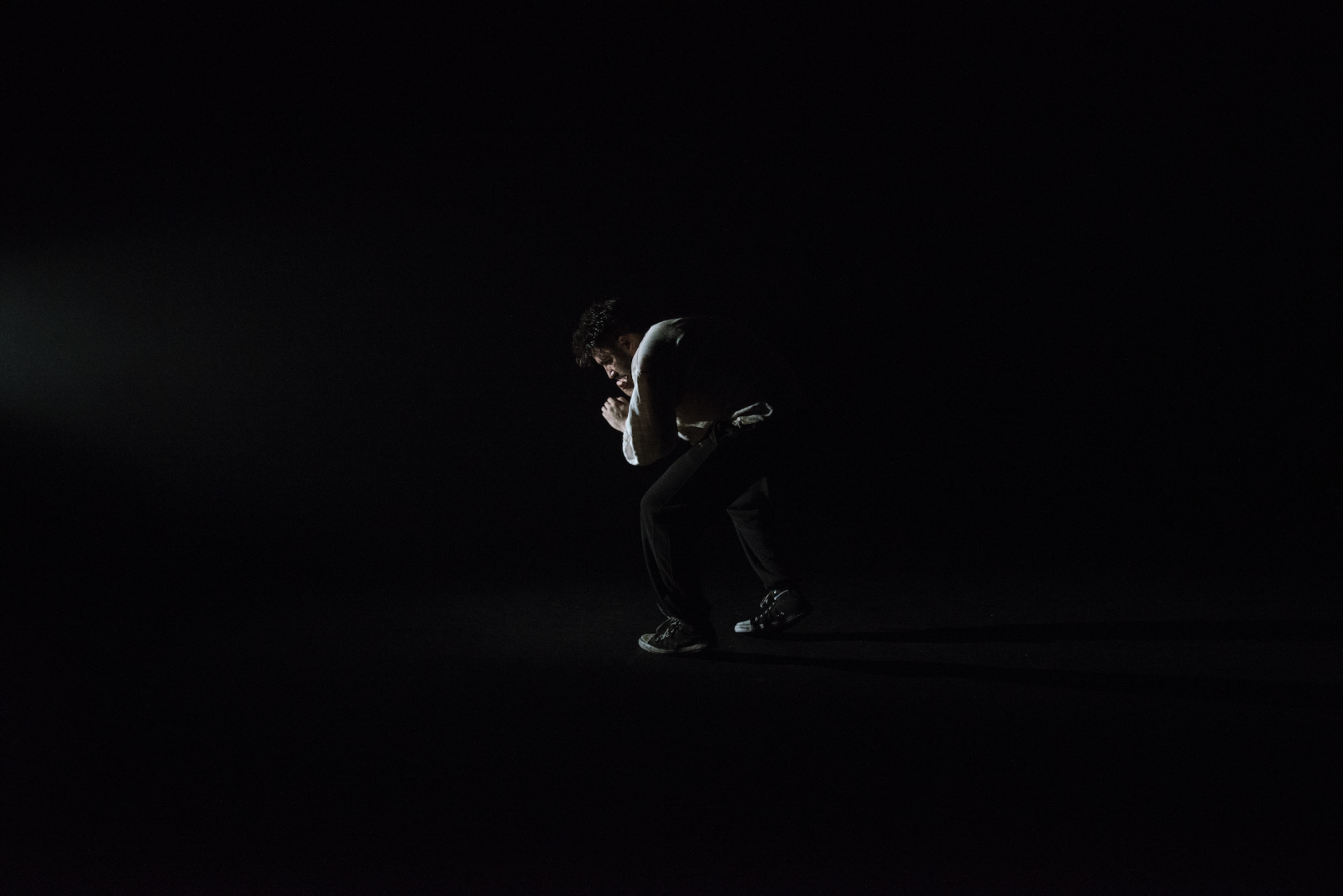 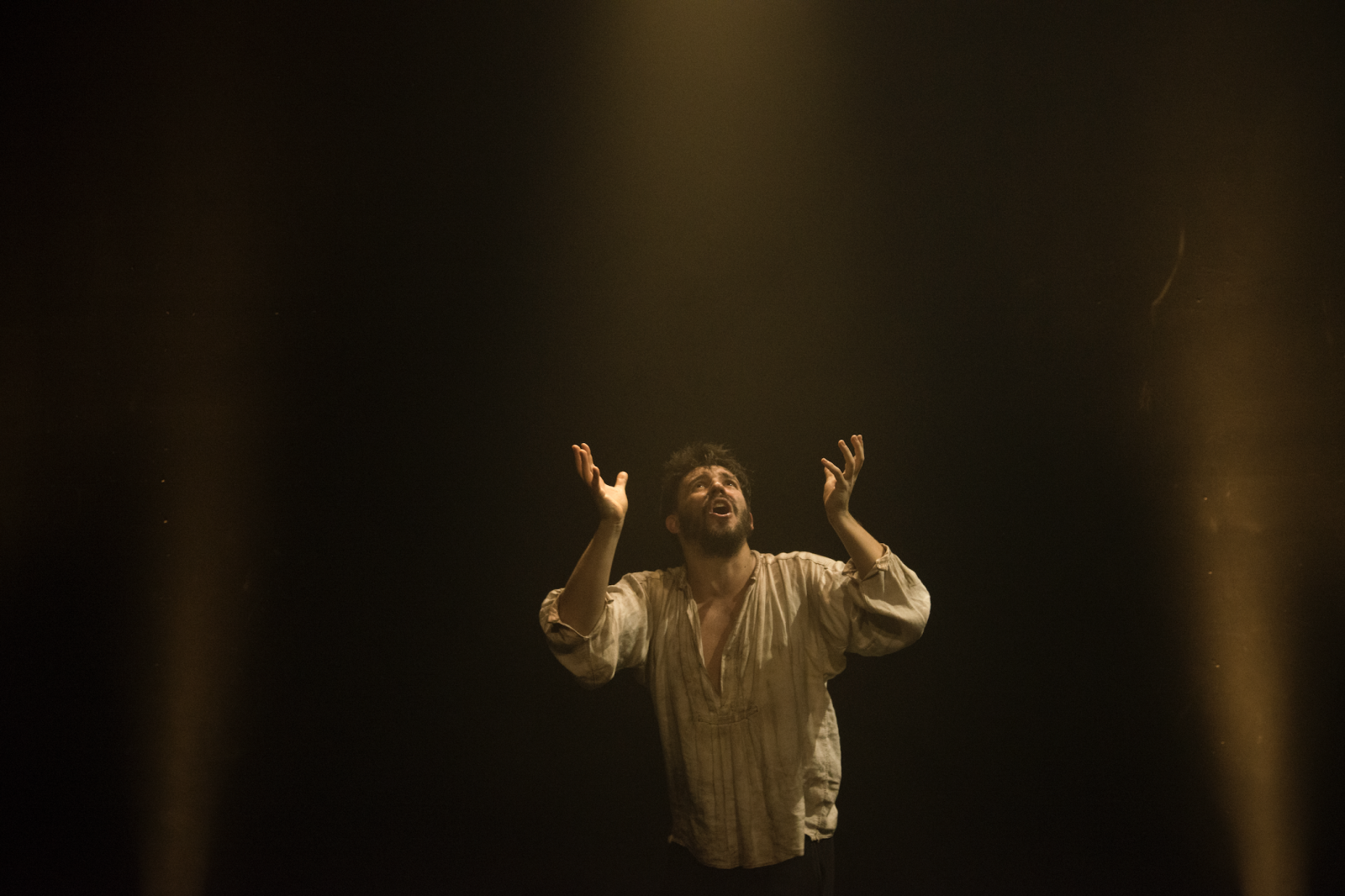 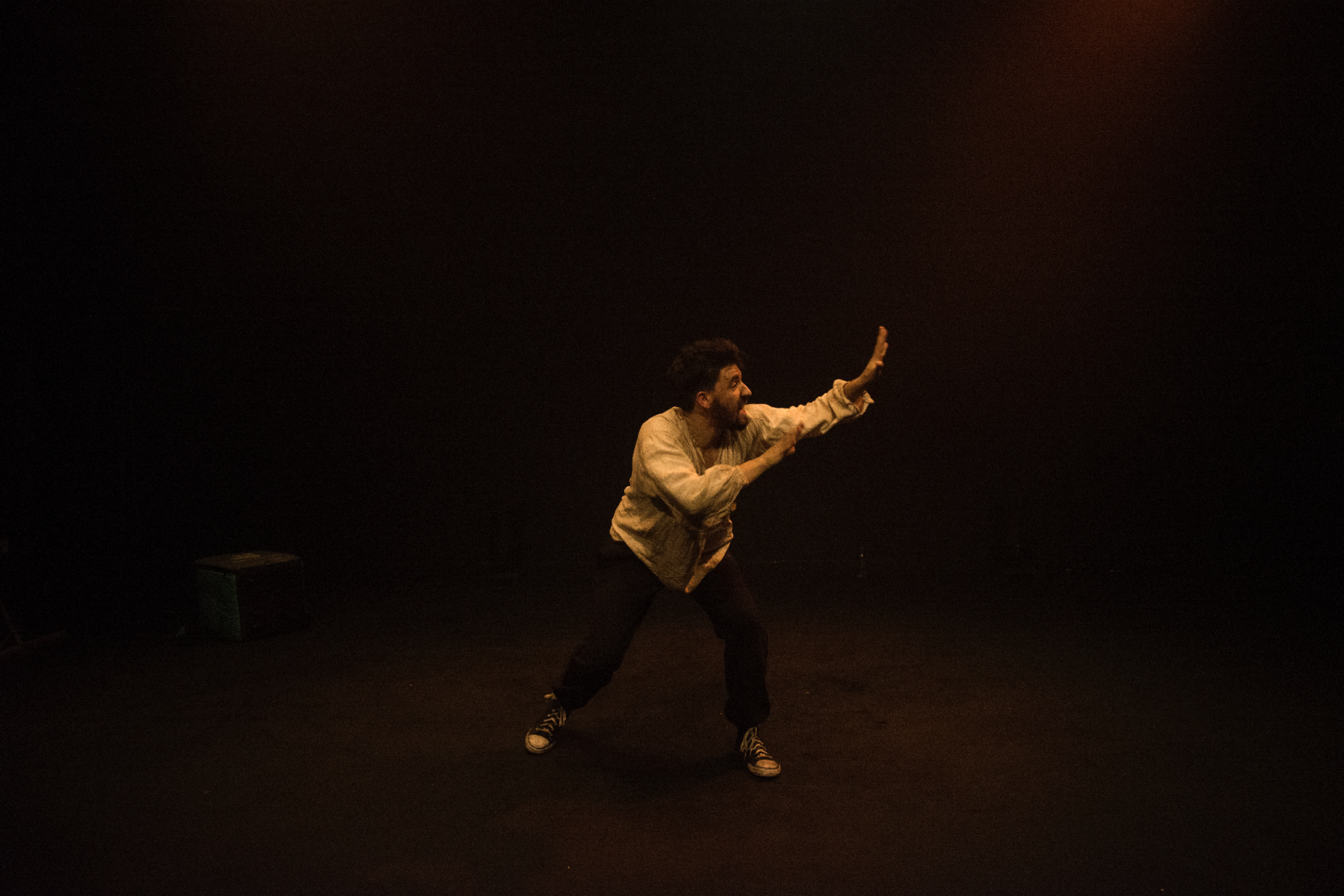