Rhum + Clay began with friendship. Founding members Chris, Julian and Kris decided to form a company and, one anarchic show later, a name change, the addition of Matt and away we went! We rehearsed our first shows in various parks and bandstands. We’ve since graduated from parks to theatres, to bigger theatres, to theatres in other countries. What hasn’t changed is our desire to make work that ignites the audience’s imagination. There are also some spectacularly talented people who now work with us...

Everything that Rhum + Clay produces is developed collaboratively; from set designers to writers, performers and sound artists, everyone is together from day one to offer opinions and build the show together.

Off-stage, our education programme is an extension of that creative process, celebrating the unique skills of each participant whilst giving them tools to create better theatre, collaboratively. Our hope is that many of the workshop participants will become future collaborators.

We are Artistic Associates of New Diorama Theatre and Redbridge Drama Centre who have supported and challenged us creatively and practically and over the long-term. We’ve also been supported by Arts Council England since 2012. We couldn't have done it without any of them and we are enormously grateful.

Julian is a multi-award winning actor, director, writer, and co-Artistic Director of Rhum + Clay. He studied Drama at the University of Bristol before training for two years at Ecole Jacques Lecoq in Paris where he co-founded Rhum + Clay.

Julian has co-created all of their productions. Most recently he has co-directed Rhum + Clay’s critically-acclaimed production, 64 SQUARES, directed the multi-award winning, TESTOSTERONE and performed in the company’s version of Dario Fo’s MISTERO BUFFO for which he won the Stage Award for Acting Excellence.  In 2019 he co-directed THE WAR OF THE WORLDS, which will embark on a mid-scale tour of the UK and the US in 2021. Julian is also a keen filmmaker, having co-created the award-winning comedy short film, Toby (2018), and is currently developing a feature film screenplay. He’s also an Artistic Associate of Hoipolloi, and devised The Ladder with Shôn Dale-Jones and Stefanie Mueller in 2019.

Matt is an actor, movement teacher and co-Artistic Director of Rhum + Clay. He studied Performance at the University of Western Sydney before training for two years at Ecole Jacques Lecoq in Paris where he first joined the company.

Since 2010 he has been the co-Artistic Director of Rhum + Clay, co-creating all of the company’s productions. He co-directed  and provided movement direction for the critically-acclaimed 64 SQUARES and was Movement Director for TESTOSTERONE and THE WAR OF THE WORLDS.

Matt is also passionate about teaching, having created and led workshops all over the world, most recently in Kazakhstan, Canada, Brazil, Venezuela and Australia. Since 2004 Matt has choreographed work for Australia’s farthest-reaching touring theatre company, Brainstorm, a company that performs to over 350,000 young people each year.

Intoxicating alcoholic liquor. Best experienced in the form of a 3-Euro bottle from the supermarket.

The stuff of life. To be stretched, kicked and pulled into absolutely anything.

Embracing the magical, the comical and the surreal, but getting down in the earth and the dirt where the real stories are found. 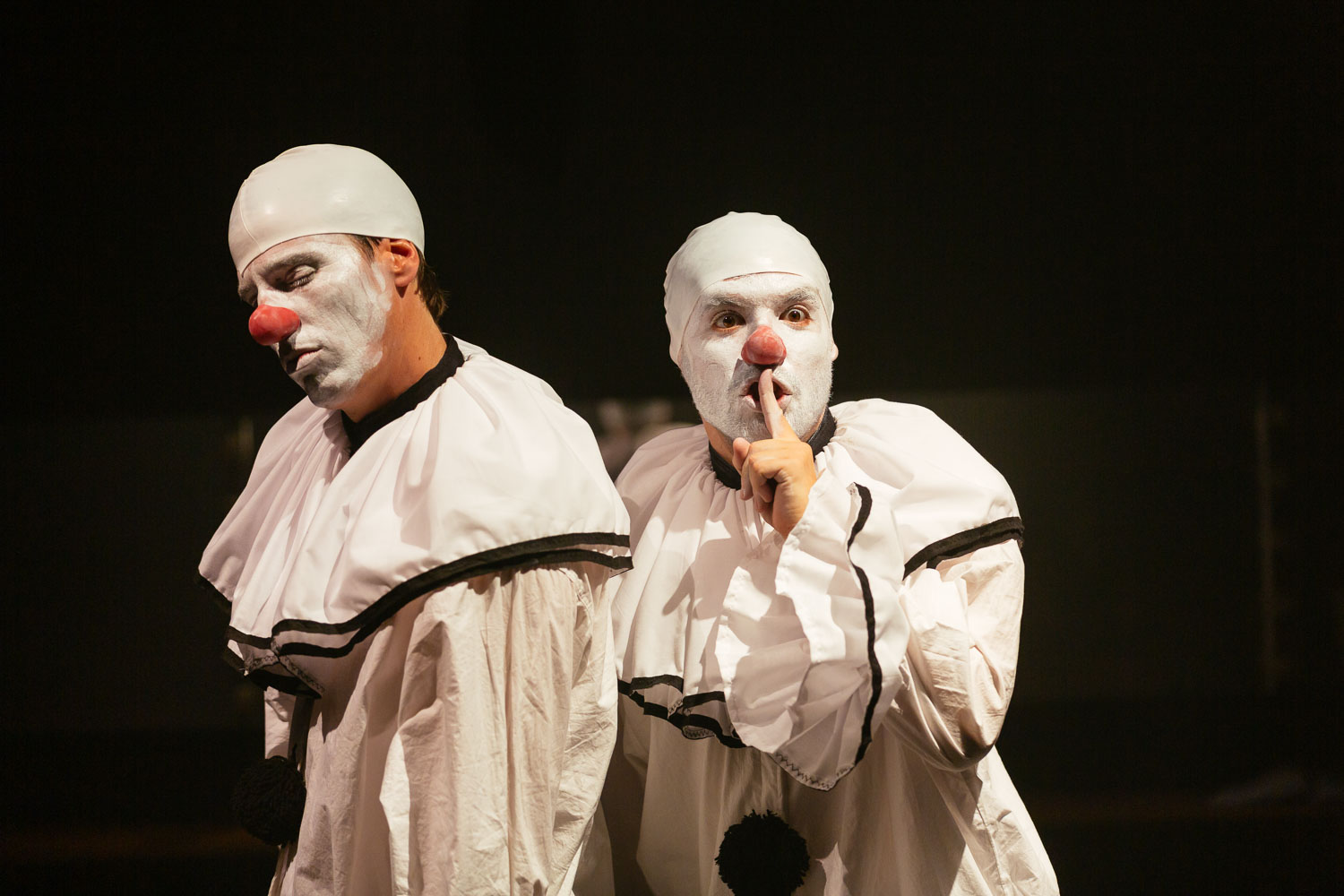 Anthony is Director of The Pleasance Theatre Trust.  Formerly he worked as Associate Producer for Glynis Henderson Productions on STOMP and Ennio Marchetto and as Production Manager with Cheek by Jowl.  Anthony has ‘made the odd film, produced the odd show and spent eight years travelling around the place’.

Nadia is currently Communications Manager at The Clore Leadership Programme. She has previously worked for The Albany, Deptford; house (Farnham Maltings); Soho Theatre and The Marlowe, Canterbury, as well as developing and running marketing workshops. Clients have included Norfolk and Norwich Festival, Theatre Royal Portsmouth, NSDF and the University of Surrey.

Sophie is currently Executive Producer at New Diorama Theatre. Sophie has run New Diorama alongside David Byrne, Artistic & Executive Director, since it opened in 2010. With extensive experience in running venues and events, Sophie now works part-time as a new mum and is responsible for managing organisational and project budgets and cash flow, alongside producing all in-house productions.

Sarah is an arts producer with a passion for contemporary performance, regional touring and artist development. Presently she is Senior Producer for Fuel and Course Associate on the Creative Producing MA at The Royal Central School of Speech and Drama. Sarah is also a trustee of New Diorama Theatre and a Clore Emerging Leaders Alumnus.